By Antonio Hales and Ricardo Finger


Transforming waves captured by ALMA into sounds was not an easy task. Sound waves have a completely different nature than radio waves, and the challenge lay in maintaining the cosmic nature and scientific rigor when transforming the data, while considering that the sounds must also be pleasing to artists and the general public.

The sounds correspond to astronomic spectra captured by ALMA that was converted into a sound pattern. During the first stage, ALMA used waves from the Orion Nebula, captured by the observatory as part of scientific verification observations carried out in January 2012 with only 16 antennas. From this registry, we turned the data into a sound pattern, associating a different tonality with each spectral line emitted by the molecules present in the astronomic source. The frequencies and intensities of each molecular line are thereby converted into a sound spectrum that maintains the relative frequencies and intensities of the spectrum from the Universe.

To facilitate the artists’ creative process, we separated the sounds into 3 groups according to their frequencies: high, medium and low.

The project has been received well by artists, who have used these sounds to create numerous works of art. This motivates us to keep developing new sounds from other astronomic sources and create a true “Sound Universe.” 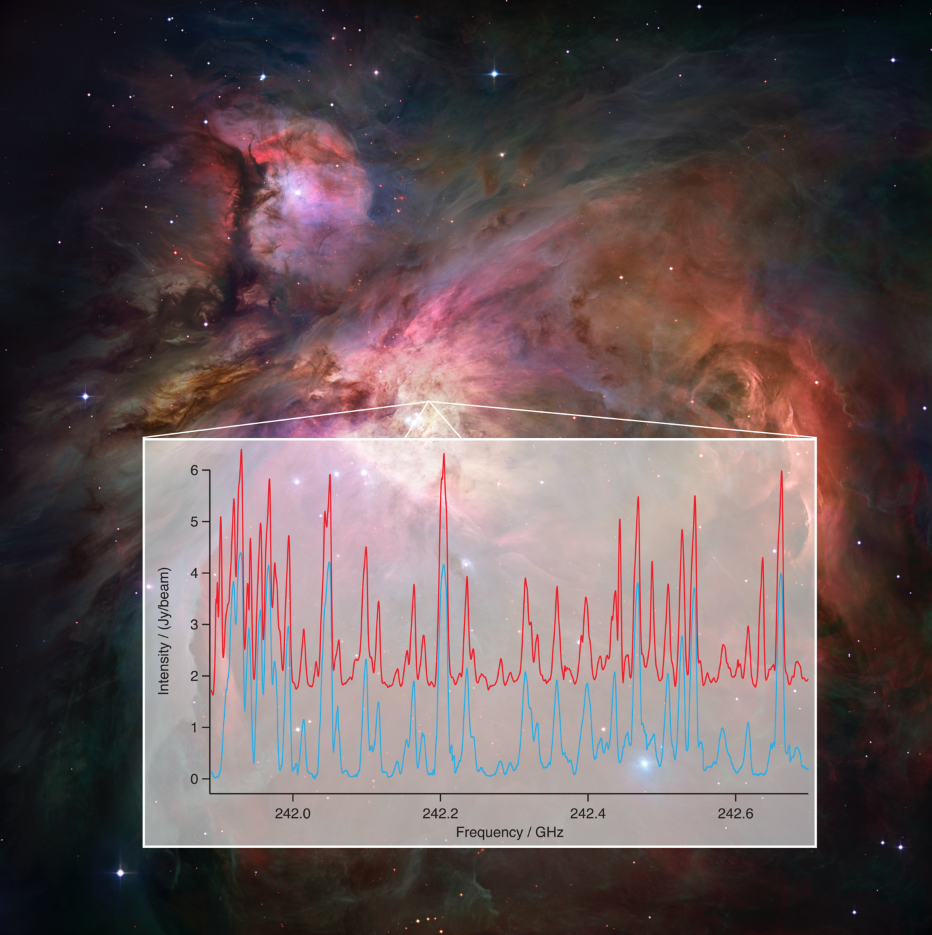 ALMA Sounds to become cosmic wind in the “Electrodomésticos” concert

At 9:00 pm on April 22, the band “Electrodomésticos” will use ALMA Sounds for its next concet in the Santiago Municipal Theater. “Since the appearance of electronic music, no new sound space has emerged, at least not on my radar,” says Carlos...

Fantasna has emerged as one of the most interesting names in the current music scene in Chile and on the continent. Characterized by the sophistication of his sounds and attention...